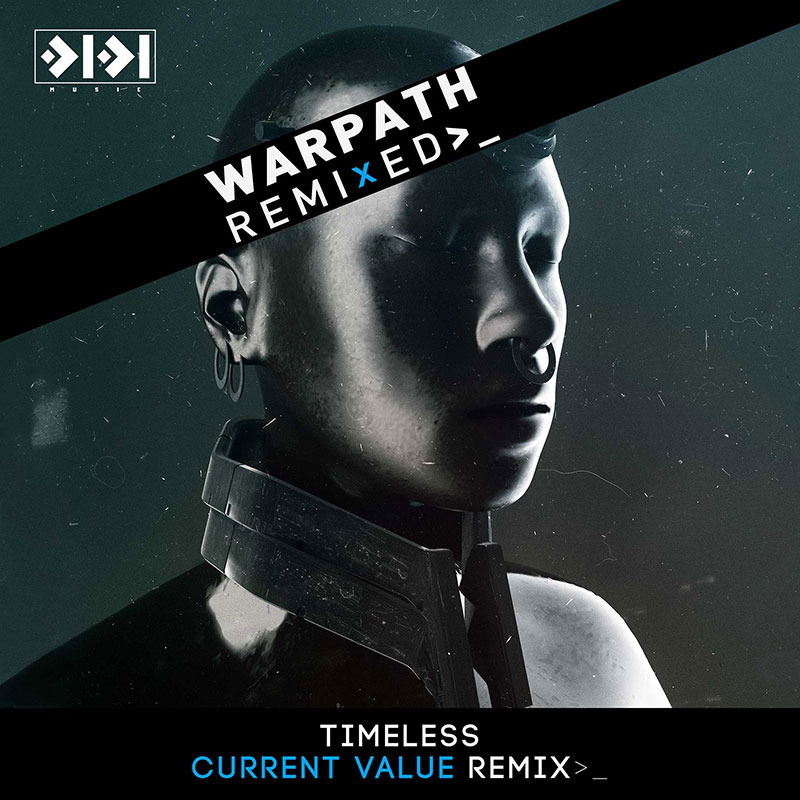 The ‘Warpath’ LP from Maztek crashed its way through the drum & bass scene with a ridiculously heavy track listing and following in its wake comes a host of remixes, pushing its biggest cuts back onto the agenda. And for the second instalment of 0101 Music’s massive rework offerings Current Value steps forward, bringing his surgically precise engineering and scrupulous levels of production to Maztek’s rolling techy delivery ‘Timeless’.

It comes as no surprise that Maztek would seek out an artist like Current Value to take on a staple record from his self-released album. It was imperative that he brought on board a range of producers who help to epitomise what the creation of 0101 Music was about. That was to platform cutting edge dance music which breaks the mould and that’s exactly what the ‘Warpath’ album lived up to. After the audio visual spectaculars Current Value has been debuting to crowds worldwide, he’s been championed by a range of tastemakers, most notably Noisia, with his unforgiving yet carefully fashioned sound becoming a revered section within the drum & bass market. He has created his own dynamics and set a trend for likeminded producers, however there can only be one Current Value.

Whilst ‘Timeless’ slowly plays out with flowing drum peddles which build as the track begins to break into a switching drop, Current Value’s take on the record takes you into totally different territory. The initial breakdown hits hard and fast, going straight for the synapses and grappling with them until they’re totally enveloped by Current Value’s full ferocity. His revamp of ‘Timeless’ takes you right down to the core of his signature, providing you with a glimpse as to why he’s become such a widely sought after name in recent years. ‘Timeless’ is shaped into a totally different monster, in a way that’s almost unrecognisable, whilst still channelling the same growling intensity as its predecessor.

These remixes are another step forward for 0101 Music and prove that ‘Warpath’ wasn’t everything the label had at its disposal. Although with Maztek leading the charge, fans knew there’d be more chaos to come.

fuck!!! bullet to the brain!

Huge dance floor track, love the drums and awesome sound design. Great track. I'll be supporting on my Kool London show and in my club sets.

This is a monster...