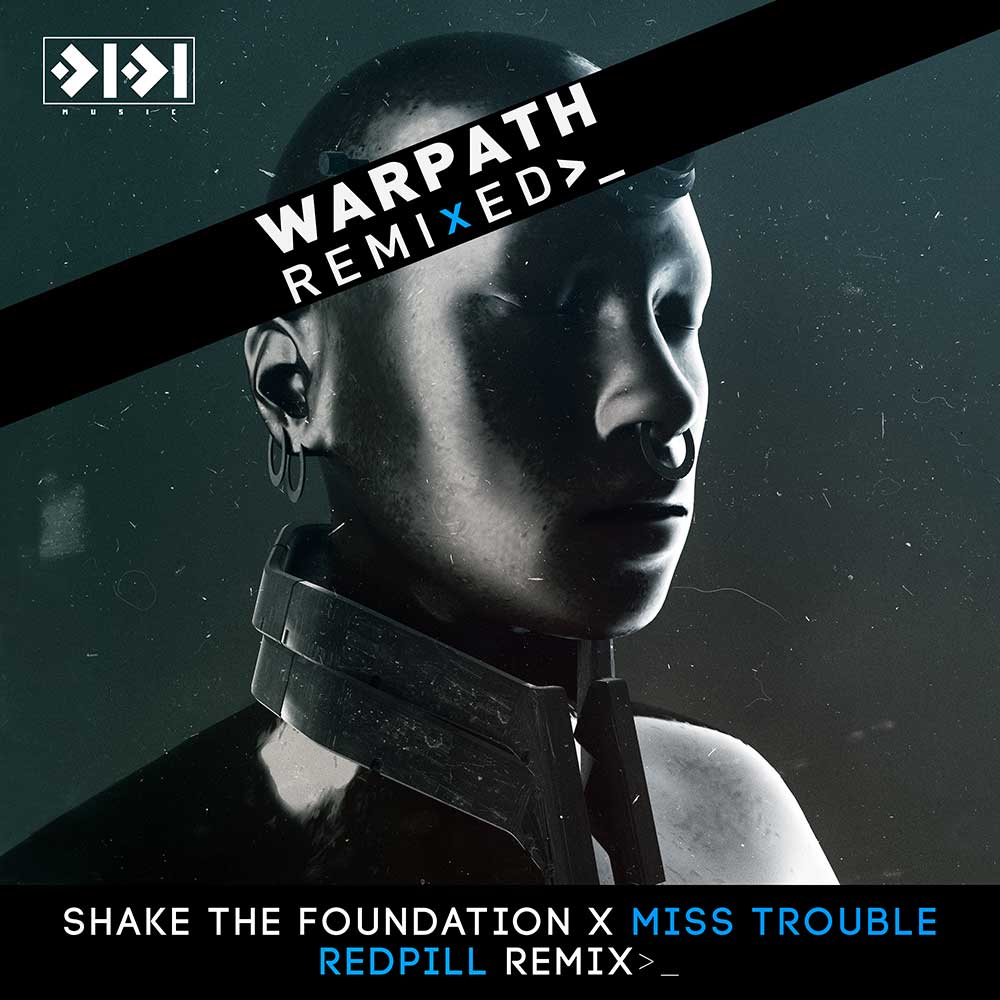 The time and effort put into Maztek’s most recent release on 0101 Music can be seen through its ridiculous
levels of production and how pivotal its track listing has proven to be on dancefloors across the globe. With
0101 Music created primarily to host the album, giving Maztek full creative control over its release, in the wake
of its success the head honcho has decided to bring a host of artists on board to have their take on his biggest
release to date. The first unveiling is RedPill’s rework of ‘Shake the Foundations’ ft. Miss Trouble.
Whilst the original juxtaposes the husky tones of Miss Trouble alongside Maztek’s precise sound
manufacturing, RedPill contorts the track into another sure-fire hitter, with his aggressive mentality becoming
more prominent as its kicks into gear. And over the years RedPill has made his mark, renowned for his
membership within drum & bass outfit Bl4ck Owlz and his background as a multi-instrumentalist is clear to see
through his expert compositioning. Perfecting the art of merging dance music and metal, his releases on the
likes of Noisia’s Invisible Recordings have ensured his longevity. But having also dropped cuts of destruction on
Eatbrain, Bad Taste, Cause4Concern, Neurofunkgrid, Major League, Kinetik, Druid, Kosen and Mindtech,
Redpill’s hard grafting has catapulted him into the limelight.
RedPill takes a more frenzied approach to ‘Shake the Foundation’, slicing up the mean vocals of Miss Trouble
and distributing them throughout the record’s intro. As the track begins to wind up, its more jutting dancefloor
edge fully envelops the track’s relentless drive and you’re taken along for the ride. RedPill’s drums come thick
and fast, cutting across the mix as it becomes almost overbearing. This record is a tearaway anthem, an
offering for any drum & bass set and one which is sure to get crowds moving.
There’s more to come from Maztek and 0101 Music; the fan base which he’s slowly been amassing is beginning
to flood the world of drum & bass. His LP tour has been hitting every major city and alongside the list of
‘Warpaths’ collaborators, the LP’s remixes are about to once again set Maztek onto the agenda.

You heard on the block - we rock the ground
Shocked by the energy, electrocute
The vibe's on 'til the light emerges forcing the dark to disperse and
Still we run, we don't stop!
To the curves, ellipses, eyes they blood shot
Ricocheting stars colliding with force
Like the sun is radiating the nation...
Underground, we shake the foundation

Love edits and arrangement on the, great remix and might even start my set with it at the weekend at Jungle Splash in the drum n bass room. I'll be supporting on my Kool London show.

Sick sick sick! Redpill is smashing it with a real Dancefloor assault! .

Who's ready to blow the fucking roof off!!

Heavy as parmigiana for breakfast! Loooove it!