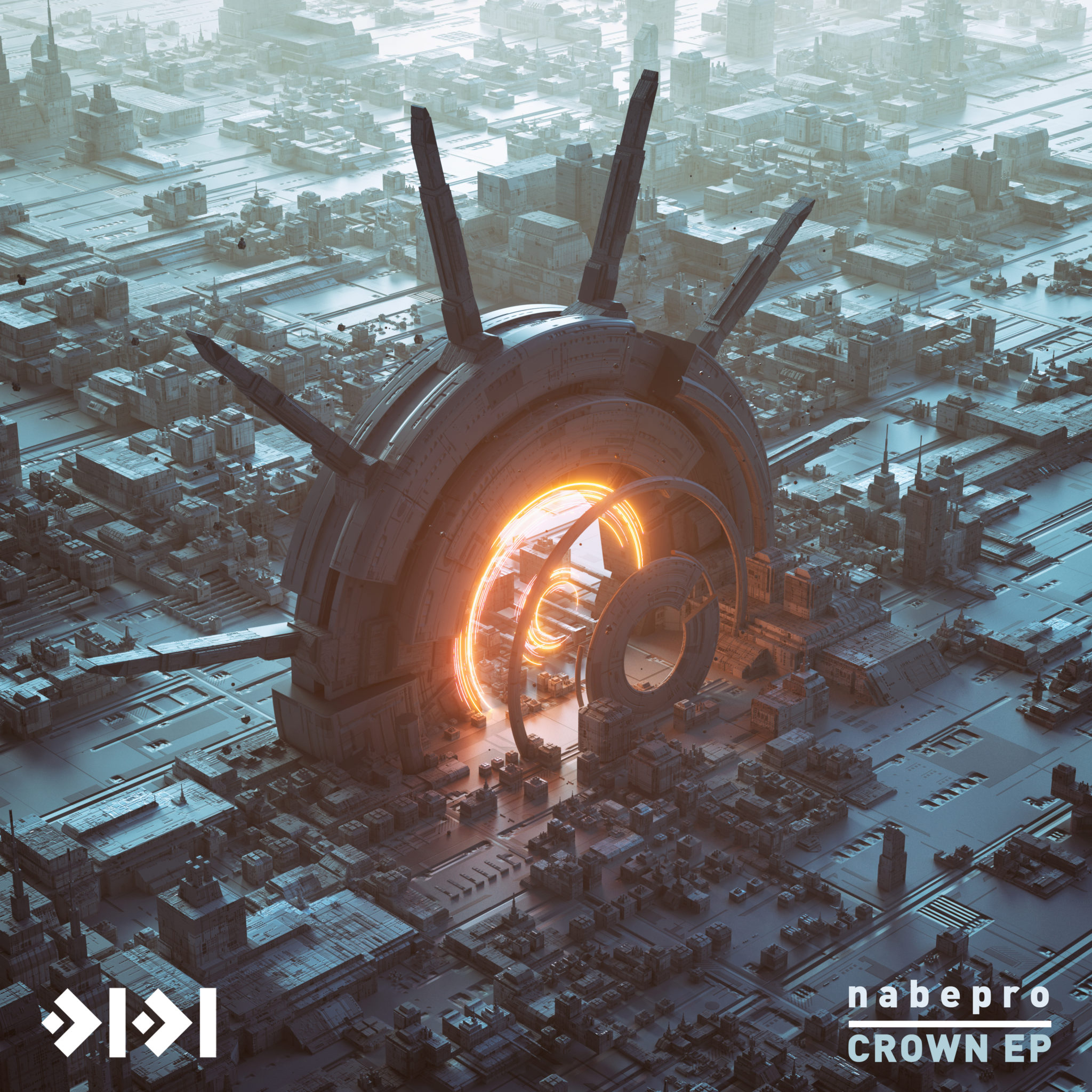 Japan is a country known for its rich culture, with its musical heritage standing out globally. Many dance music artists have evolved from its subcultures and one of these producers, Nabepro, is about to drench you in his slick sonics through drum & bass imprint 0101 Records. Headed by dark drum & bass stalwart Maztek, who’s made a name for himself over the span of decades through the music he’s released on a variety of different labels, Nabepro has found a home for his new direction. He’s most notably known for his hip hop and R&B beats, although now he’s turned his attention to genres of a faster tempo. This output stands as his first EP influenced by the styles of drum & bass which have influenced the underground. It shows just how diverse his production is and how it’s been able to infiltrate a worldwide marketplace, especially with his vast soundscapes and angry, noisy influences.
‘Crown’ is the first wave of new music which is about to hit listeners and it gives a huge indication into how Nabepro came under the guise of Maztek. From ‘Animals’ through to ‘Ship’ this is an overview of the eclectic song writing which Nabepro has at this disposal. The winding world of ‘Animals’ sets the EP off, whilst ‘Headnod’ follows next with its clanking drum sequences and grinding bass notes. ‘Monsoon’ then comes through with winding bass and lulling arpeggios. ‘Wonk’ takes on a totally different tip, again upping the tempo and creating a twisted world of clanking percussive patches and bleating horns. ‘Ship’ is the closing record and it’s one which is just as chaotic as its forerunners. The track’s impact isn’t lost through its complexity and Nabepro goes for the jugular with gritted teeth, clawing in between its slamming kicks and crunching snares.
For an introduction it’s a dizzying accomplishment to be able to hold your weight against the big guns. Nabepro shows that he’s able to do this through his own lens and it also heightens the versatility of artists debuted throughout the roster of 0101 Records.

love monsoon but all v insteresting and challenging. big up

Monsoon for me, nice.